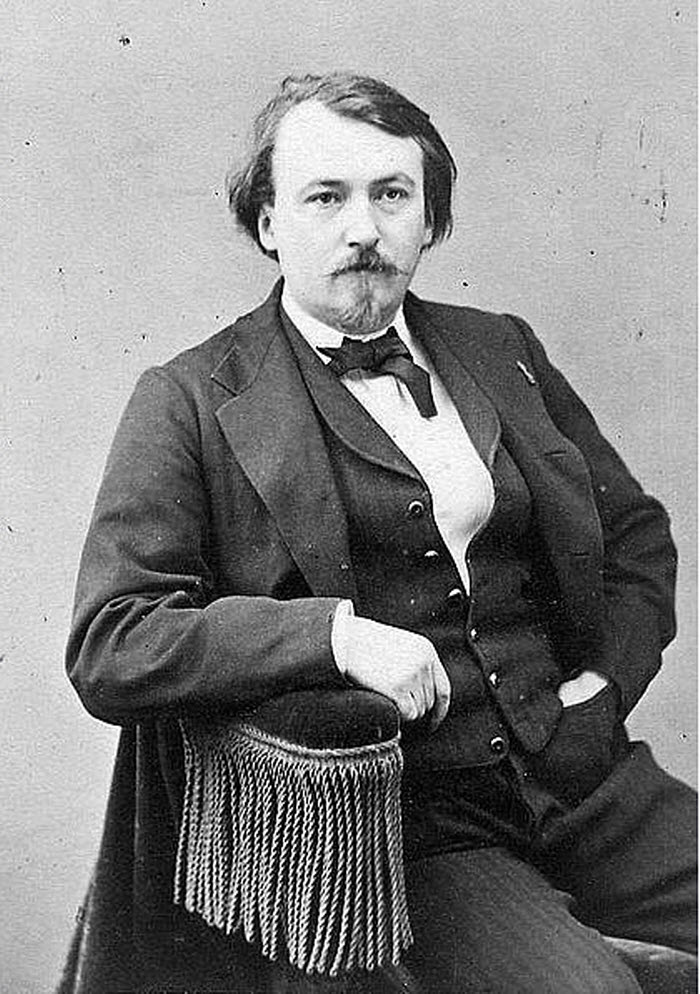 Who Was Gustave Dore?

Gustave Dore, was a renowned painter and book illustrator, who flourished during the second half of the 19th century (from around 1850 until his death in 1883). He was noted for his illustrations of the Divine Comedy, the Bible and other classics.

Dore's illustrations were characterized by fine detail, technical mastery, and realistic depictions of the human form as well as fantastical creatures such as dragons, angels and demons.

His black and white drawings exhibit a minimalist style using relatively few lines and shades, yet the result is a powerful image that evoke vivid movement and profound emotions. Dore's illustrations of the most dramatic incidents of the Bible, such as the Flood, are especially moving. 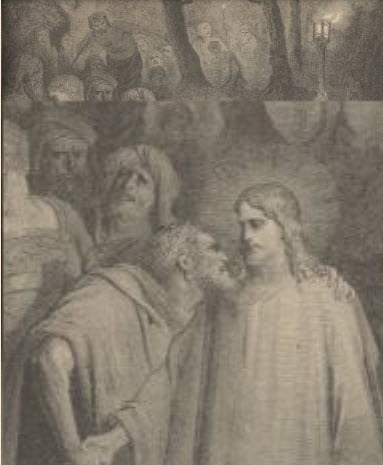 Gustave Dore was born at Strasbourg, 6th January 1833. In 1845 he came to Paris, at the age of fifteen Dore began to exhibit landscape subjects in pen and ink in the Salon; in 1848 he became a contributor to the Journal pour rire, and he was afterwards on the staff of the Journal pour tous. He was almost entirely self taught, yet ranked as a major artist and achieved great wealth through the sale of his works.

Dore first made his mark by his illustrations to Rabelais' Gargantua and Pantagruel (1854) and to Balzac's Contes Drolatiques (1856), which fully displayed his facility of execution and his fantastic power of invention. These were followed by innumerable illustrated editions of other well-known works; in 1861 by Dante's Inferno, in 1863 by the Contes of Perrault in 1863 by Don Quixote, in 1868 by the Purgatorio and Paradiso of Dante, in 1865-66 by the Bible in 1866 by Paradise Lost, in 1867-68 by Tennyson's Idylls of the King, in 1867 by La Fontaine's Fables and many other series of designs, however the his drawings and illustrations made towards the end of his life lacked the same power and vigour, the artist having exhausted himself by incessant over-production.

Although largely At the peak of his fame and popularity, there were Dore galleries in London, Vienna and other major cities of Europe. These galleries sold original works by the artist as well as engravings and reproductions of his book illustrations. Sales of his works allowed Gustave Dore to enjoy a life of affluence.

Despite his success as an illustrator, Dore was also ambitious of ranking as an historical painter, and he executed much in colour. His paintings have not stood the test of time and are now largely forgotten. Among the earliest of his pictures are “The Battle of the Alma,” and “The Battle of Inkermann,” shown in the Salons of 1855 and 1857. Two of Dore's most successful oil-pictures are “ Paolo and Francesca da Rimini” (1863), and “The Neophyte” (1868). His “Tobit and the Angel” is in the Luxembourg Gallery. For many years there was a Dore gallery in London, filled with his works, which were more popular there than in France, among which the enormous canvases of “Christ leaving the Praetorium” (1867-72) and “Christ's Entry into Jerusalem” figured prominently. He exhibited frequently at the Paris Salon being exempt from the examination of the jury through his first decoration as chevalier of the Legion of Honor given him by the emperor in 1861. Contemporary critics often found fault in his paintings, stating that his coloring was unreal and wanting in delicacy and harmoniousness, and he had no technical mastery over the methods of oil-painting.

Dore is best known for his book-illustrations, particularly his illustrations for the Bible and Dante. Doré's Bible Illustrations (1865) were a great success and in 1867 Doré had a major exhibition of his work in London. This led to the foundation of the Doré Gallery in New Bond Street. As an illustrator he was marvelously fertile in invention and enjoyed immense popularity. Books illustrated by Dore commanded high prices, and there were Dore galleries in all the major European capitals. Dore himself said that between 1850 and 1870 he earned Ł280,000 by his illustrations, a fantastic sum in that era.

Dore also displayed some ability as a sculptor. He exhibited a colossal vase decorated with figures at the Exposition Universelle, Paris, 1878; and at the time of his death, 23d January 1883, he was working on a monument to the elder Dumas. 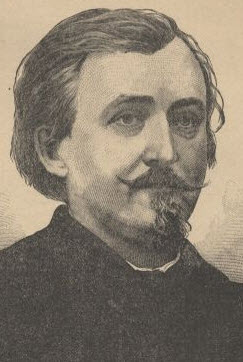 A contemporary encyclopedia entry written around the time of Dore's death provided the following summary of his life and career:

DORE, Paul Gustave, a French artist of great and versatile power, was born at Strasburg in 1832. He was educated at Paris, and very early gave indication of superior ability. His first attempts were sketches, contributed to the Journal pour Eire and others of the Paris periodicals. In 1855, he exhibited his picture of the “Battle of the Alma,” which was followed by the “Battle of Inkerman” in 1857. In this year Dore first became heard of in England by the reissue of his illustrations of the legend of the “ Wandering Jew,” the power of weird and grotesque imagination displayed in which could not fail to arrest attention.

The success of this work might seem to have determined the future career of the artist, who afterward chiefly worked as an illustrator. His productiveness in this field is amazing. Dore illustrated editions of Rabelais, of the Contes Drolatiques of De Balzac, of Dante’s Divina Commedia, of Don Quixote, of Lafontaine’s Fables, of Milton, and of the Bible — all of which bear the impress of his original genius. Besides these, he illustrated Tennyson’s works, Coleridge’s Ancient Mariner, the Atala of F. Chateaubriand, and a tour in Valencia, as well as executing a vast mass of miscellaneous work.

Dore from time to time reproduced and exhibited in Paris and London many of his designs. The “Dore Gallery,” used for this purpose, was a resort in London for several years. "Christ leaving the Praetorium” is his most important painting. The slightest of Dore’s productions shows that he is at once artist and poet, and excites a greater interest than many works more free from hastiness and mannerism. n 1861, Dore received the decoration of the legion of honor. He had some reputation as a sculptor. He died in 1888.

Dore's Work as an Illustrator

Although Dore aspired to be a serious painter, and he exhibited considerable talent in this field as well as in other mediums such as sculpture, Dore's fame is based on his book illustrations which were able to convey a depth of detail and meaning which few artists have equalled. Dore's illustrated a great number of books, but his illustrations for the Bible, Milton's Paradise Lost, as well as Dante's Divine Comedy are the most renowned.

Dore Illustrations of the Bible

Dore provided illustrations for a new edition of the Bible which featured drawings of momentous biblical events. His illustrations of the Old Testament stories of the Flood, of the Tower of Babel as well as destruction of Sodom and Gommorah are especially powerful and memorable.

Milton's epic poem is based on the biblical account of the rebellion of the Fallen angels as well as man's fall from grace and banishment from the Garden of Eden. Dore produced amazing illustrations of the Garden, depicting Adam and Eve in their original state of innocence, Eve's temptation, and their banishment. He also depicted the great battle between the legions of Satan against the good angels and the evil angel's banishment from Heaven.

Dore Illustrations of the Divine Comedy

Dante's classic poem depicts his allegorical journey through Hell, Purgatory and Heaven. It is based on a Christian view of the afterlife, but is enhanced by Dante's preternatural vision of the other world. His depiction of the horrors and tortures of Hell are particularly vivid, and Dore's illustrations are a fitting companion to Dante's great work. 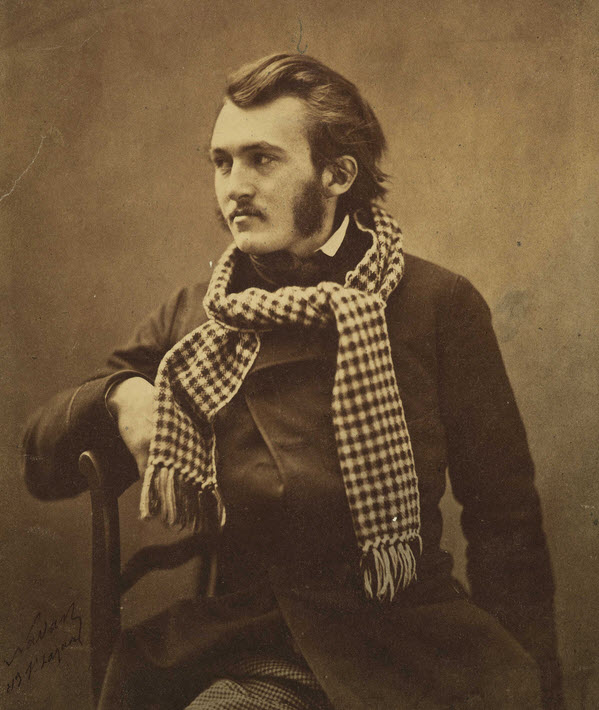